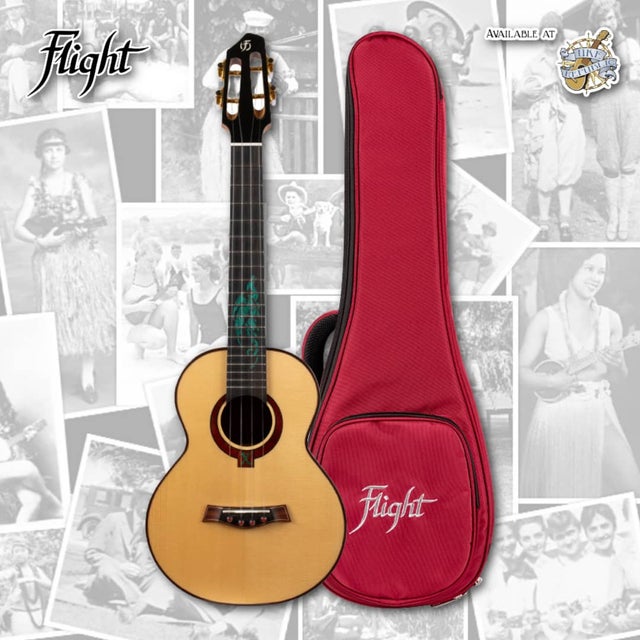 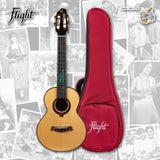 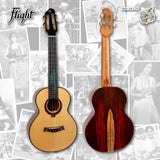 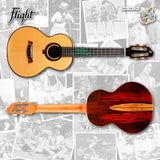 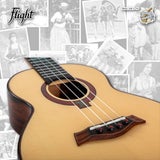 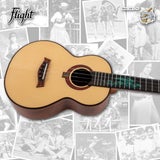 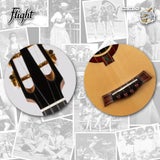 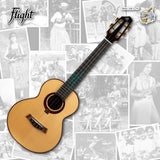 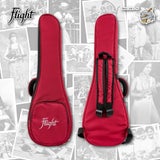 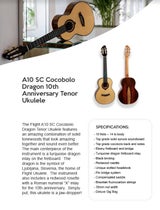 The Flight A10 SC Cocobolo Dragon Tenor Ukulele features an amazing combination of solid tonewoods that look amazing together and sound even better. With a solid Engelmann soundboard and a solid cocobolo back and sides, the main centerpiece of the instrument is a turquoise dragon inlay on the fretboard. The dragon is the symbol of Ljubljana, Slovenia, the home of Flight Ukulele. The instrument also includes a redwood rosette with a Roman numeral “X” inlay for the 10th anniversary. In addition to these features, the instrument also includes a special 10th-anniversary headstock, black binding with a thin line of purfling, a pin bridge, Brazilian fluorocarbon strings, and an updated deluxe gig bag. Simply put, this ukulele is a jaw-dropper!

Flight Ukuleles is celebrating its tenth anniversary! Flight has decided to celebrate its tenth anniversary by releasing four amazing tenor ukuleles. While Flight is known for making high-quality, affordably ukuleles, these anniversary models represent a new frontier for the company—solid wood ukuleles individually crafted by a master luthier, with a level of craftsmanship, playability, and sound rivaling the finest ukuleles on the planet. As always, Pro Setup is always included from UKE Republic for optimal sound and playability.

Back & Side: Solid Cocobolo